The Way Out returns to Somerville fo their first show there since releasing their debut album. The band will hit at 7:30.

Tickets can be pre-ordered here
$10 cover

A map of Johnny D's can be seen below. It can be reached by T, conveniently across from the Davis Sq. T stop.

The Way Out returns to one of its favorite hangs for a night of grungy funk and instrumental hip hop. Come get funky with us!

A map of The Middle East can be found below. It is conveniently located in Central Sq. near the Red Line. 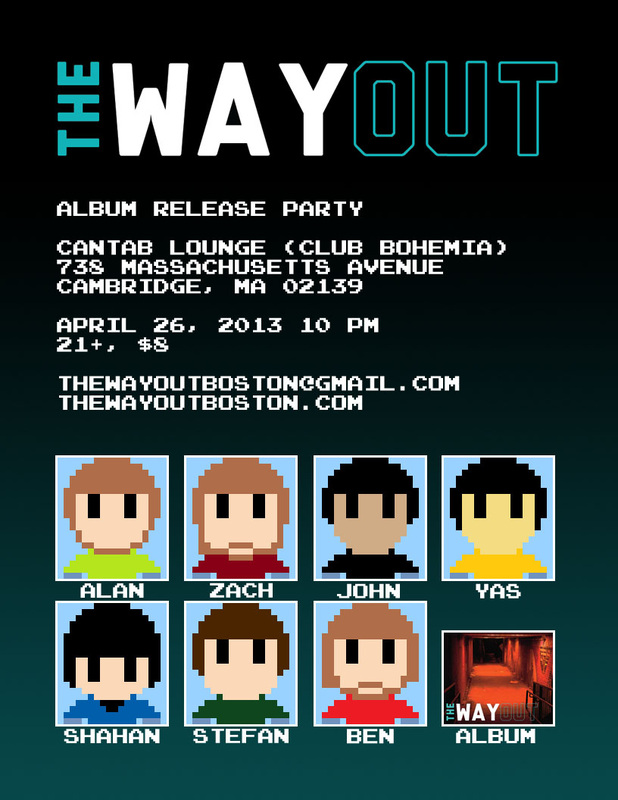 4/26 - 10p.m.
The Way Out is proud to play at the Cantab Lounge to release our self-titled debut album. Prepare yourself for a night of funkiness, getting down, and general mayhem as we take the stage for the first time in 2013! We'll play your favorites from the album and we are extremely excited to debut a TON of new material. The Way Out will take the stage at 10 p.m. so bring your dancing/drinking shoes and let's have some fun!

The Cantab Lounge is conveniently located in Central Sq. at 738 Massachusetts Ave in Cambridge, MA. A map can be found below:
Check back soon for more shows - The Way Out expects to be out and about this summer! Looking forward to seeing you!
Powered by